"Without a doubt the best conference I have ever attended."
- Previous participant

"What an amazing day. I can't wait to go back and start making my organization happier."
- Previous participant

“So many concrete
examples and take-aways
from each speech.”
- Previous participant

"What a great mix of
theory and practice.
And so much fun too!"
- Previous participant

We want to show you just how energetic, fun and valuable this conference is, so here are five of our favorite speeches from previous years.

David Marquet (2013): Happiness at work on a nuclear submarine

When David Marquet took command of the nuclear submarine the USS Santa Fe, he knew he needed to change a lot of things. It was the worst performing submarine, was never ready for its missions on time and was basically the laughing stock of the US navy.

David came in with a plan to improve the results on the submarine and thereby make its crew happier. By accident, he found that he had to do it the other way around: Make the submarine a happy workplace and results would follow.

In this speech from our 2013 conference, David Marquet explains how he did it and how you can create a happier workplace too.

Srikumar Rao (2009): The two traps that keep us from being happy

One of the highlights of our 2009 conference on happiness at work in Copenhagen was Dr. Srikumar S. Rao’s wonderfully inspiring and funny presentation.

His presentation focused specifically on two traps you must avoid, that keep us from becoming happy.

Dr. Rao is the man behind the pioneering course Creativity and Personal Mastery, the only business school course that has its own alumni association and it has been extensively covered in the media including the New York Times, the Wall Street Journal, the London Times, the Independent, Time, the Financial Times, Fortune, the Guardian, Business Week and dozens of other publications.

Garry Ridge: How We Made WD-40 a Happy Billion-Dollar Business

CEO Garry Ridge will give you a look “under the hood” of one of the world’s most recognized brands,WD-40 Company, where 98% of employees say they “love to work”, and 99% say that their “opinions and values are a good fit” for the company. This high engagement has resulted in a company that has doubled in revenue in the last decade, and is on a trajectory to double again in the next.

Garry will share his “learning moments” from his journey to transform the company’s culture, beginning in 1997. Lessons and principles covered include:

The personal journey of every servant leader, and why that philosophy is critical
The emotional connection of a greater purpose that creates high engagement
How to carefully and consciously choose values that will be embedded in all aspects of leadership and employee development
Why investing in people who invest in themselves is a secret to succession planning and greater organizational capability
The difference between a “team” and a “tribe”, and why WD-40 Company strove to create a cohesive tribe that spans 15 countries where employees work
How company performance results are directly connected to its focus on people


Alexander Kjerulf (2017): The Science of Happiness at Work

Companies have tried many things to make their staff happier and more motivated – everything from massages and smoothies to bonus schemes and promotions. All of these cost a lot of money but they just don’t work.
In his talk at our conference in 2017, our own Alexander Kjerulf revealed why many traditional HR initiatives are a waste of time and money. He also shared the 5 most important findings from the happiness research and showed how to use them in organizations.

Tim Dorsett (2015): How we make Innocent Drinks a happy workplaces

Tim Dorsett’s titel is Office MANgel and his job is to make sure that people at Innocent Drinks do great work and go home happy.

This isn’t a speech as such but it is one of our favorite moments from the conferences.

This is a German DJ who became famous on youtube a few years ago for being incredibly happy while playing. He used that as a springboard to quit the day job that he hated and become a full-time DJ.

In this video from our 2015 conference he plays a very short set and then shares his story. Meet a man who had the courage to go his own way and became world famous for being happy at work. 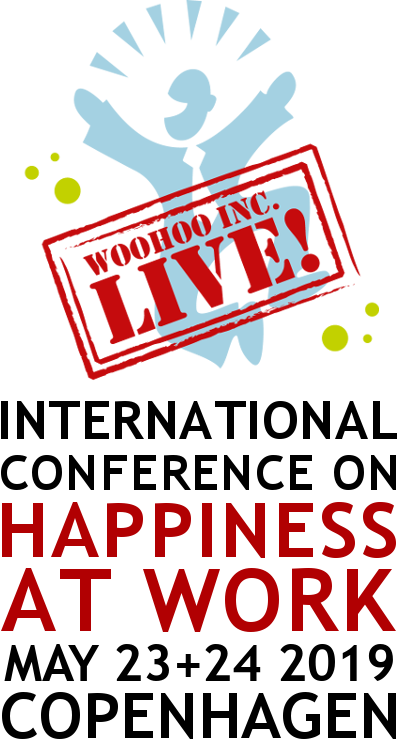 The latest from our blog